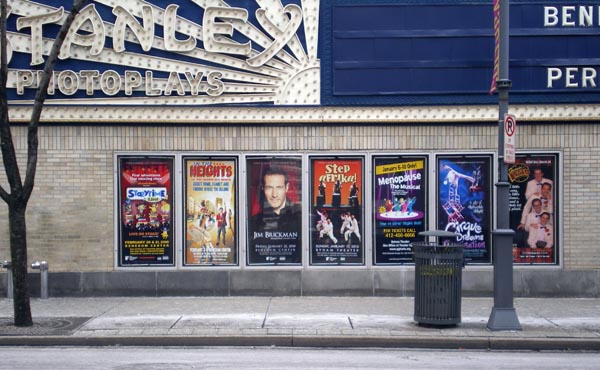 Here’s what’s upcoming at the Benedum Center for the Performing Arts (formerly the Stanley Theater) in Pittsburgh’s Cultural District. What a welcome sight is all that color and promise on a snowy gray day.

On another marquee I saw that Cats is coming at the end of the month. I’m definitely going.

The Benedum kept the old Stanley Theater’s lighted marquee. The lights flash in sequence so it looks as if the sign is moving. I have a photo of it from one of the art openings, and I’m going to a gallery crawl later this month. I’ll have to work on that one.