Taking the Measure of a Tree 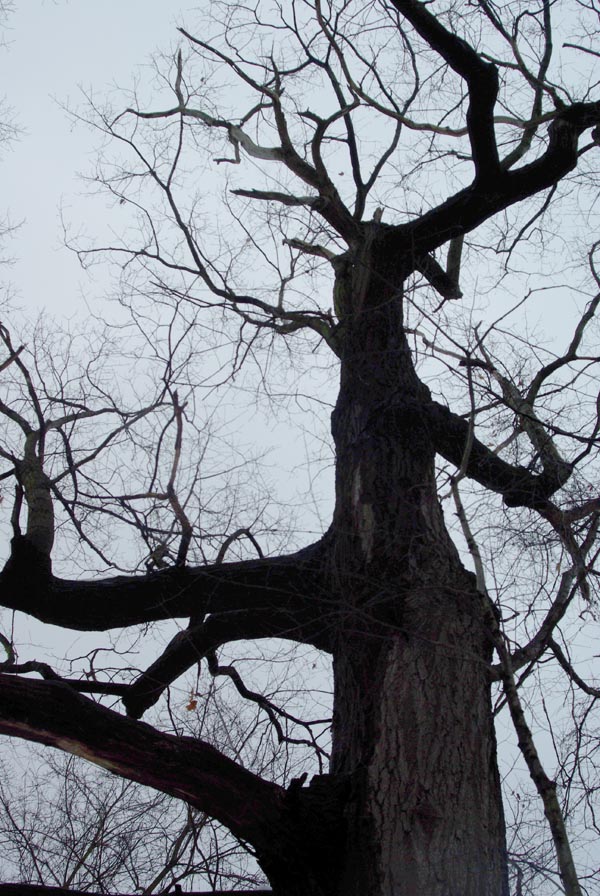 So this tree may have been a sapling during the Revolutionary War, and witnessed the Whiskey Rebellion on one of the battlefields of that little uprising.

The trouble with trees is that they can’t talk, though they’ve seen so much where they stand when we humans think they can’t understand what we are saying; even a younger tree has stories to tell, I’m sure, but those elders can talk about centuries.

This particular Red Oak tree is on the Scott Conservancy’s Kane’s Woods property which was once part of the estate of John Neville, aide to President Washington and on the government’s side in the Whiskey Rebellion. Neville’s mansion, Bower Hill, located about a quarter mile from where this tree stands, was burned during the uprising by soldier-farmers who disagreed with the government.

For those who aren’t familiar with the Whiskey Rebellion, aside from Shay’s rebellion it was the first major civil, then martial, action by the citizens and government of the new country. In order to to pay off the national debt incurred by the Revolutionary War, President Washington and his Treasurer Alexander Hamilton decided to impose a tax in 1791, choosing carriages and alcohol.

While I’m sure many an individual enjoyed a glass at the end of the day, and alcohol was also used for many medicinal purposes from medicine to extracting oils and essences from fruits, vegetables, herbs and flowers, and for preserving foodstuffs for winter consumption, grain alcohol was also made as the most convenient way to use up, store and ship extra grain produced on the farm. Alcohol was the most marketable item a farmer produced since selling produce and fresh meat was nearly impossible considering the isolation and difficulty of traveling in those days, and preserved foods and meats could only be sold in one season. Nearly every farm produced some alcohol to be used in home remedies and food preservation, and because actual cash was a scarce commodity in those early days it was also used for barter, and it could also be shipped and sold at any time of the year.

I’m not sure about the carriages tax, but the whiskey tax was on the makers of whiskey based on their volume, 9 cents on the gallon for small makers and 6 cents for large distillers or a flat tax based on their previous year’s volume, which clearly favored the larger distillers; incidentally, President Washington was a large distiller. Because most small farmers made it for personal use and barter this was a hardship since no money changed hands for a portion of the whiskey they produced, and for the other portion it was often the only income to a small farmer for an entire year.

By 1794 farmers had gone from civil disobedience to armed conflict numbering almost 13,000 and began terrorizing the tax collectors, judges and federal officials, including major landowners known to be friendly with President Washington. Neville was one of these, but he had two houses and simply sent his family down the hill to “Woodville” when the protesters arrived.

BACK TO THE TREE…one of Scott Conservancy’s members had estimated the tree at about 170 years by using an equation of the tree’s circumference and its height, but an accurate height couldn’t be obtained, and the closest guess was about 70 feet.

They called in the DCNR and the forestry expert measured the tree’s diameter, 52″ and circumference, 14′, more accurately, and later used an instrument to triangulate the tree’s height at about 82 feet.

The core sampling was difficult to obtain in a tight-grained Red Oak, partly because most trees that old have lost their heartwood to rot or inhabitants, as this one did. But the 8 inches that did come out showed about five inches of tight grain, and while it’s difficult to tell when the wood is fresh and wet, apparently about 56 years could be counted just in that little sample. The age guess has increased to about 225 years.

Red Oak trees are naturally occurring in this part of Pennsylvania, but they are also the sort of tree people would plant as a permanent marker—a property border, for instance, or to mark the spot of a momentous occasion. This was no doubt cleared farmland when this distinguished tree began reaching its young limbs toward the sky from the rocky soil of this steep slope, and perhaps it marked the corner of a pasture, or the edge of a piece of land someday deeded to a son, or perhaps to commemorate the survival of a young union of states.

As for the Whiskey Tax, it was abolished in 1802, never having been adequately collected, but it also had the effect of pushing the production of whiskey outside the union of 13 states into Kentucky and Tennessee, whose residents also discovered that excess corn was probably better for making whiskey, and the rest is history of another sort.