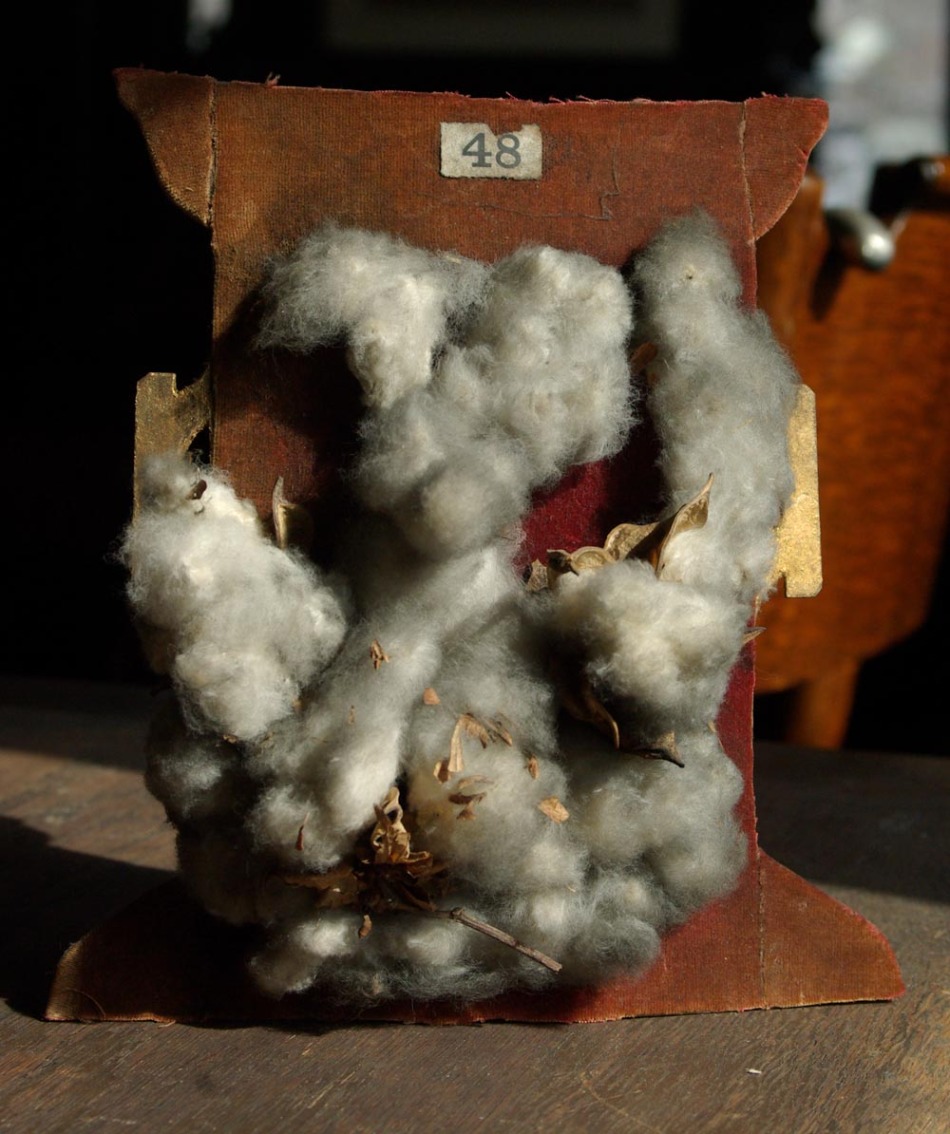 This is one of the relics in the Capt. Thos. Espy Post No. 153 of the Grand Army of the Republic at Andrew Carnegie Free Library & Music Hall.

Among other things, I’ve been photographing the artifacts for documentation and to use the images for the newsletter, for signage, to accompany press releases and many other purposes to let the public know the room exists and holds treasures.

And while I do this for the Library & Music Hall at other times, this week it’s in recognition of the first shot fired in what would become the American Civil War, 150 years ago yesterday, April 12, 1861.

Why is some dirty old cotton a cherished relic in this historic room? Luckily, the Post members published a Catalogue of Relics in 1911, naming and describing each of the exhibits held in the room. Not all of them are relics from the war itself; many of them are simply things the members found interesting or particularly moving, as with this cotton boll:

Was picked from the cotton bushes in 1881 by W. H. H. Lea, late Lieutenant of Co. I, 112th Reg., Pa. Vols., while on a visit to the Virginia battlefield, from the narrow strip of ground between the Union and rebel lines and directly in front of the rebel fort at Petersburg, Va., blown up July 30, 1864. Over this ground the charging columns passed. Almost every foot of this ground was covered with Union dead or stained by as brave blood as ever flowed from the veins of American soldiers. Has been in possession of W. H. H. Lea for 25 years. Secured from him January, 1906, for Memorial Hall.

He was so moved by his visit to this battlefield, and his memories from the war, that he picked this handful of cotton from the battlefield, brought it home and held onto it for 25 years until he felt he had a safe place to keep it, tacking it to velvet-covered cardboard. Such are the things that carry memories.

“Memorial Hall” was their name for the Espy Post as they saw the room to be the holding place for “the paraphernalia, books, records and papers belonging to said Post and all relics of the late Civil War now in possession of said Post, or hereafter acquired; …”.