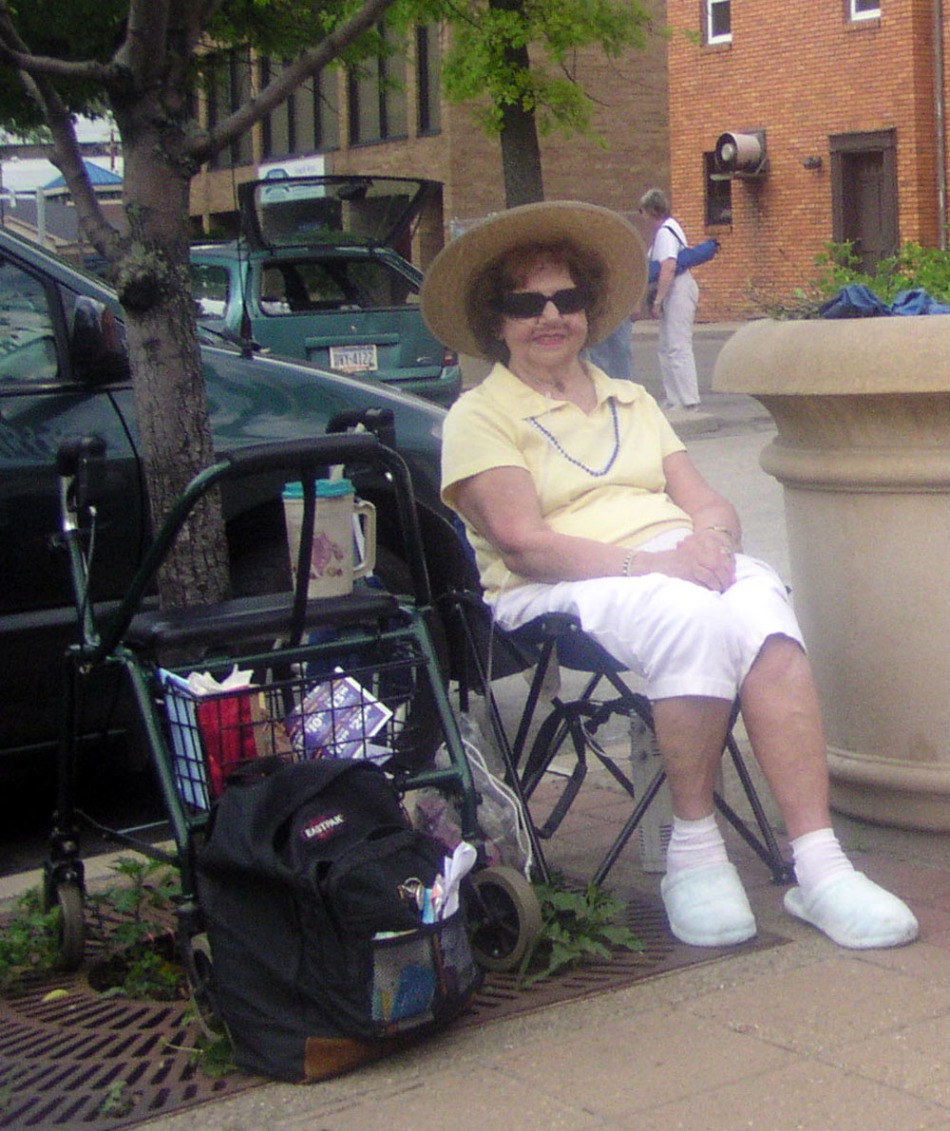 Mom at one of the Carnegie Memorial Day parades.

I know that Memorial Day has its roots in honoring the Civil War dead, and thereafter by tradition all dead veterans, by decorating their graves; it was once called “Decoration Day”. In fact, that was what my parents and older relatives called it, and while we had no shortage of veterans in my parent’s generation, as all my grandparents had emigrated and no one served in any earlier conflicts than WWII, they solemnly used the holiday to plant flowers on the graves of all family members and to spend some time at the cemeteries in their memory.

It’s also a day for grand parades and getting a start on summer, cookouts and even swimming if there’s a pool handy. I remember all these things growing up.

So especially this Memorial Day, I remember my mother, who took advantage of all Memorial Day had to offer as she donned her white shorts for the first time of the year, we watched a parade march through Scott Township in the morning, visited the public pool in Scott Park on its first day open in the afternoon and she cooked burgers on the gas grill in the back yard for dinner.

After she moved to personal care, I was always looking for reasons to take her out somewhere, especially on holidays when I had more time. She loved parades but didn’t like to go into Pittsburgh for the big ones, so we never missed the Memorial Day parade in Carnegie, her hometown. Personally, I could live without parades and wouldn’t willingly go to one except that I knew how much she enjoyed them, and it was also an opportunity to get together with my brother, who enjoys just about anything that gets him out of his apartment. I had a few cookouts, but later we went to a restaurant for dinner out, which was also a good deal for her and my brother.

Last year, just weeks after I had moved her to skilled nursing, was the first year she was too ill to see the parade. I went and couldn’t find my brother but met a friend, but it just wasn’t the same. This year, I stayed home.

But all day I remembered those Memorial Days from years past. I don’t have a photo of her handy from those days—or of my father, for that matter—though I’m sure I’ll find that box somewhere as I’m sorting paperwork.

This is also for my sister and nieces, who I’m sure have the same memories.

This entry was posted on May 30, 2011 by Bernadette. It was filed under carnegie, carnegie pa, holiday and was tagged with memorial day, photography, remembering mother.