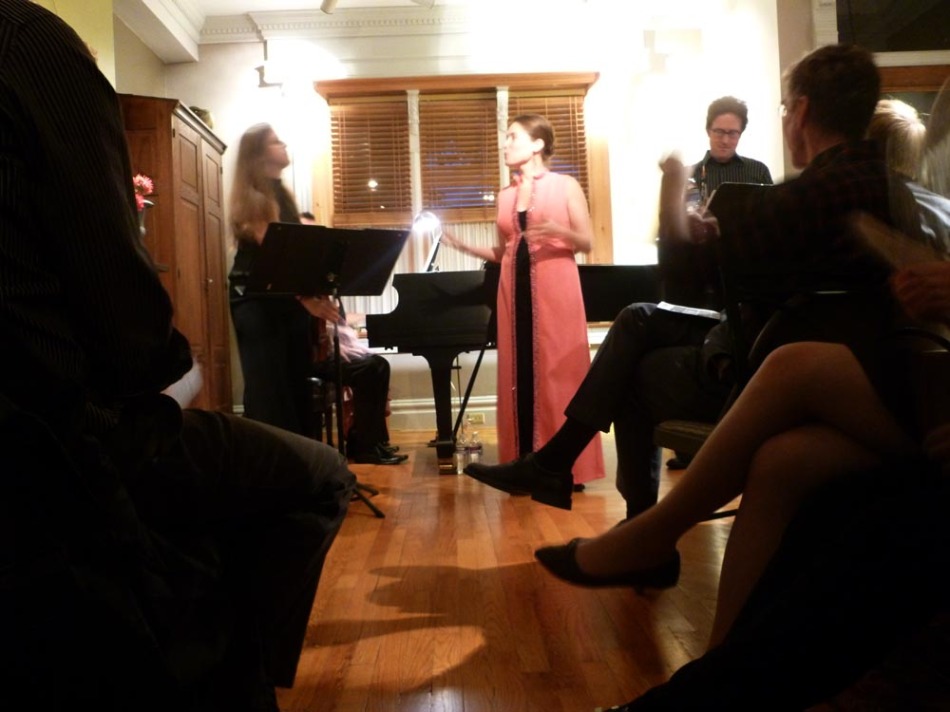 Just like that, we all truly gathered in someone’s living room to hear five fine musicians play classical chamber music last Friday night, performing works from Bach to Rodrigo and including several composers I hadn’t ever heard of but thoroughly enjoyed.

The name of the series is the “Living Room Chamber Music Project“. The origin of the term “chamber music” was literally music to be played in one’s chamber, a small group of musicians and a small group of listeners, acoustic, unamplified and nearly face to face, so we were hearing these pieces as they were intended to be heard. How enthralling to feel the piano’s base notes through the floorboards during the Sonata for Piano, four hands by Francis Poulenc as I also watched the two pianists cross over each others’ hands on the keyboard. And watching each musician’s technique, imagining the hours and years to develop that much skill, and the ranging emotions to express the piece they were playing. And the perfect stereo acoustics as the violin was on the left, the oboe on the right, the piano and vocalist in the center. I felt as if I was a part of the music instead of just an observer.

The hosts simply welcomed us into their lovingly restored and decorated row house on the South Side of Pittsburgh, music on the first floor, a spread of food on the second floor to rival the music in diversity.