All Roads Lead to Carnegie 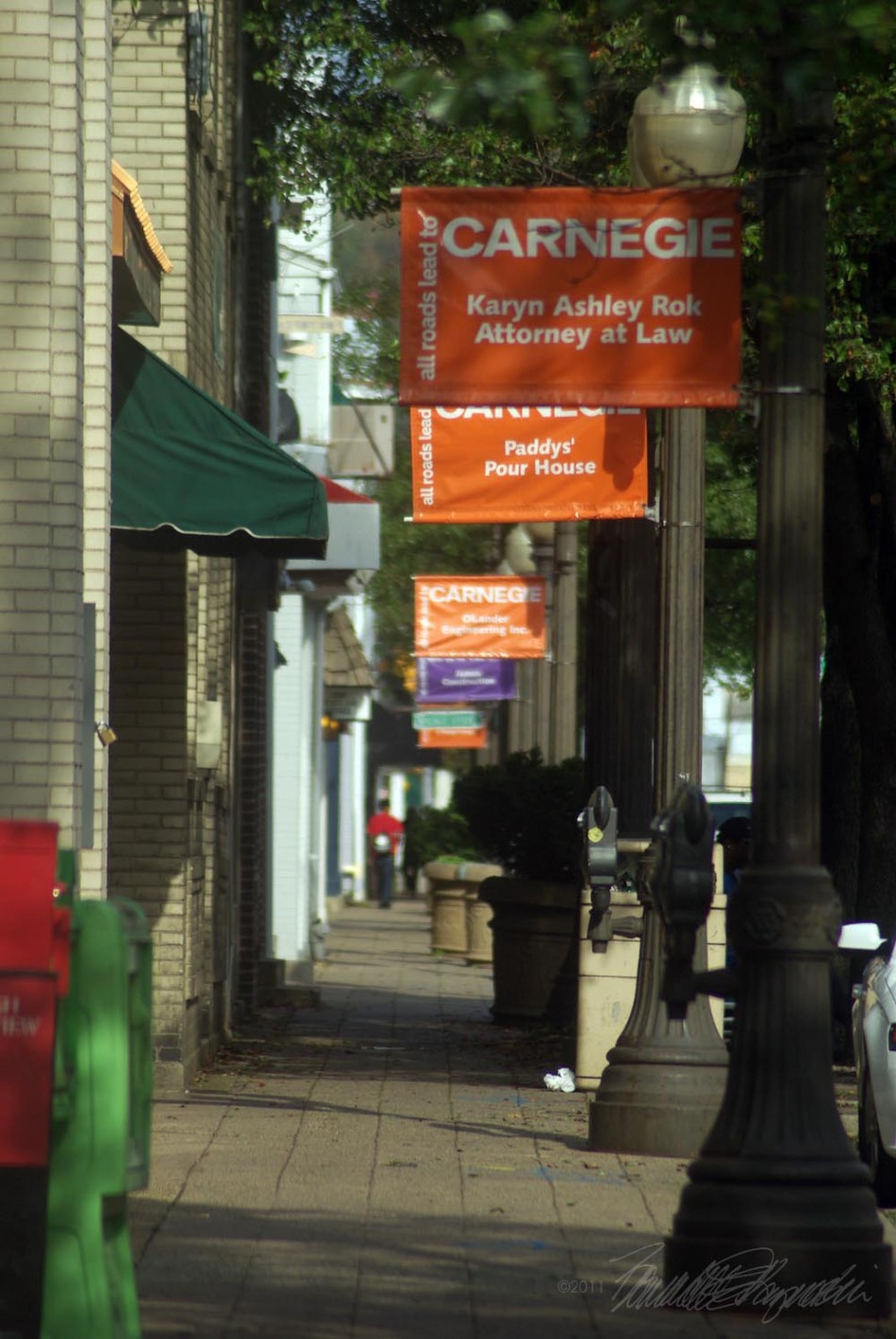 Our everyday banners in Carnegie line up neatly along Main Street and add color with a few awnings. In a few weeks these ornamental pear trees will turn to bronze.

I designed these banners for the Carnegie Community Development Corporation and Carnegie Borough to replace the set of turquoise banners we’d had for at least six years.

The phrase came from a stop I made at a convenience store out in the middle of nowhere while actually only about 15 miles from Carnegie—rural southwestern Pennsylvania is like that, wooded hills and open fields and numbered state roads. Remembering another visit out that way I knew one of the roads I was on led right back into Carnegie from out there, windy and hilly, but no turns.

I asked the clerk, “Which one of these roads leads to Carnegie?”

She paused and considered for just a few seconds. “All roads lead to Carnegie,” she said, as if it was a fact that everyone knew.

It’s true too. Carnegie, even though only six  miles outside Pittsburgh, was once a hub for all the small towns to the south and west, and looking at a map, especially before the interstate, all those state and county roads do lead to Carnegie.