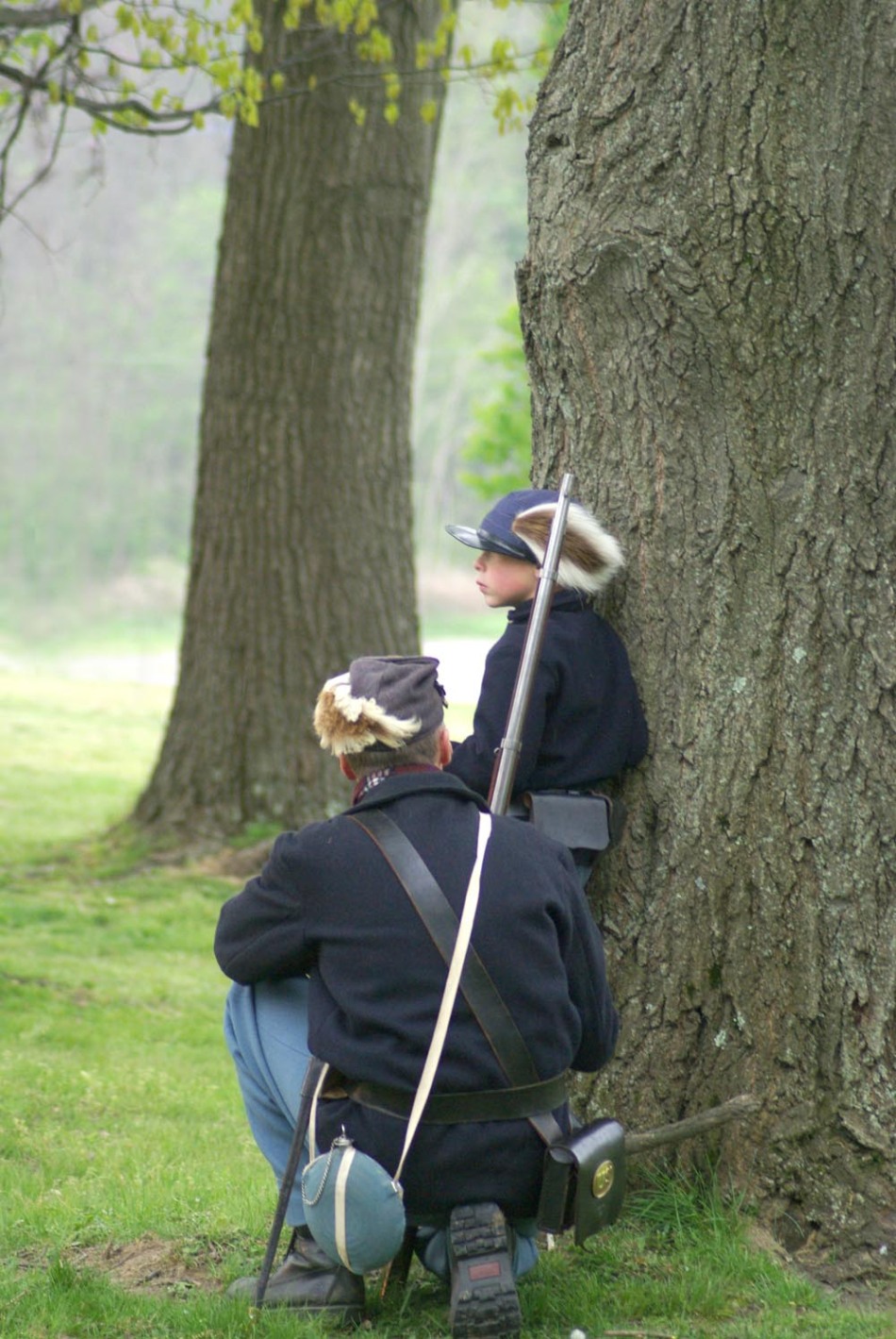 A father and young son dressed as bucktails, denoted by the buck's tail attached to their hats which marked them as sharpshooters.

I had always wondered about reenactors of various wars. Hadn’t we done our best to end them, to heal and move forward? I can see dressing up in clothing from another era, but why would anyone want to reenact a bloody battle?

After meeting and getting to know at least one group of Civil War reenactors, the 9th Pennsylvania Reserves based at the Capt. Thos. Espy Post No. 153 of the G.A.R. at Andrew Carnegie Free Library & Music Hall, I’ve come to understand that for most it’s not the battles, but respecting and learning from the history of the events, of spending a day or a few days literally in the shoes of someone—often an ancestor—who lived and may have even given their life more than a century before, to understand their decisions and maybe a little more about life in that era, and how it led to where we are today.

So it’s more about history for many, about being an expert in how things were, and a perspective on how we are. It’s also about wearing neat clothes and living life as someone else for a while. And about adding your personality to that character, reacting to your surroundings as that person might have, as the two ladies on the swings did—had they been dressed like that and walking through a park and seen the swings, of course they would have hopped on and gone for a ride.

Four reenactment groups camped at Carnegie Park from a frosty 35-degree Friday night, through a misty, cold and sleeting Saturday. Both Union and Confederate reenactors participated, pitching their tents among the trees.

Their realistic setups showed us how Civil War camps were organized and what they actually carried around with them before the days of easy communications and even carbon copies. In addition to setting up and hanging around in period clothing, reenactors also participated in Artillery Demonstrations and a reenactment of skirmishes.

But this event wasn’t all about reenacting battles with guns as another two groups met on another field to play Civil War-era base ball. And back at the Library & Music Hall people enjoyed a Victorian Tea, an impressive fashion show narrated with letters from an ancestor, tours of the Espy Post and more activities.

Below is a slide show from events this year which I attended; this includes the tea, fashion show, reenactment, baseball and tours of the Post. I will use these in the future when I design the newsletter and promotional materials for the Library & Music Hall.