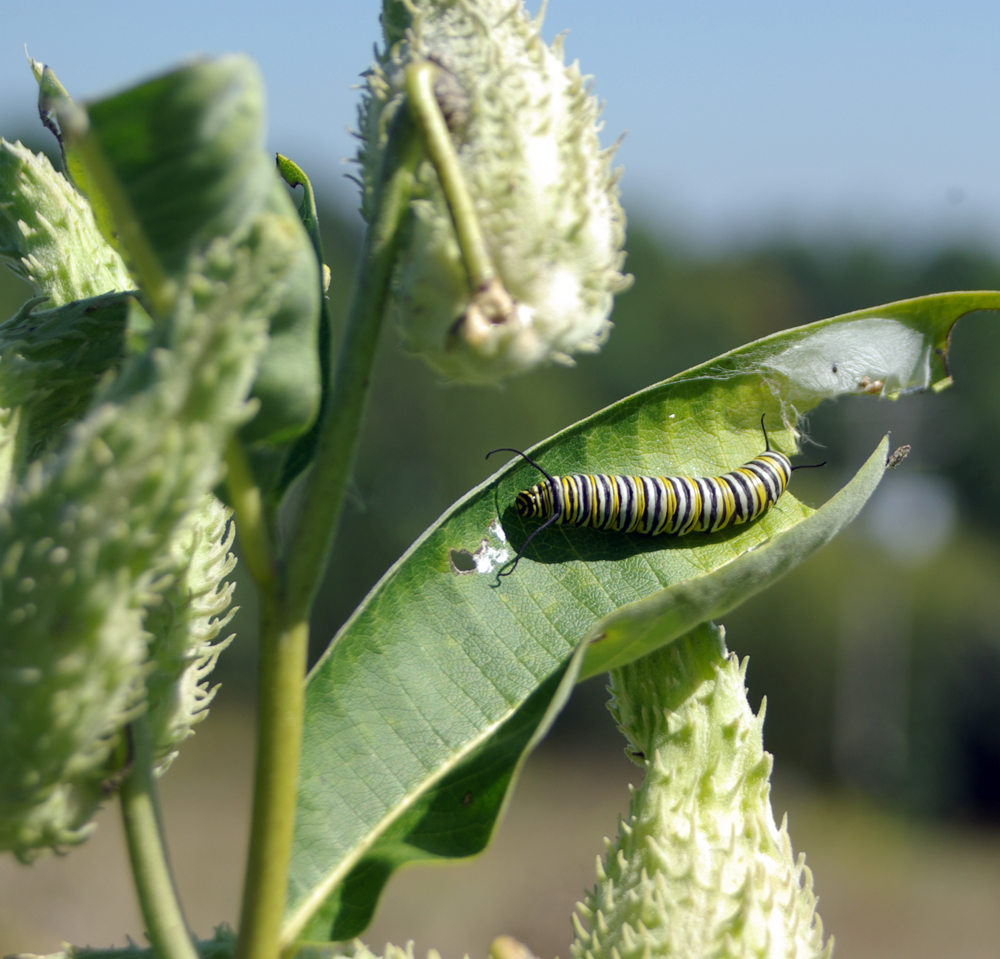 Caterpillars, that is. I visited Fern Hollow Nature Center in Sewickley Heights to work on a painting of the scenery, and in my first trip around the upper trails spotted a monarch caterpillar on a partially-chewed milkweed leaf. I had actually never seen one, though I’ve read all about their habits and appetite for only the best milkweed leaves.

I’d never seen them up close before!

Each time I passed the caterpillar, I photographed it with a different lens, also marking its progress along the edge of the leaf it was chewing. It had apparently found a tender spot in the leaf and was methodically chewing along the edge in an arc, back and forth, as far as its head could stretch without moving the rest of its body.

Monarch butterflies rely on milkweed for all stages of life. Females lay one egg at a time on the underside of a large leathery leaf near the top of the plant. As the caterpillars mature the eat their own shells, then start in on the leaf they were born on; as they grow they shed their skin, and often eat that as well. They’ll move around the plant chewing on leaves through four sheddings or “instars”, and after the fifth shedding they’ll attach themselves upside down under a leave and build their chrysalis. This becomes transparent over a period of two weeks when the adult emerges. This one is probably in its last stage before the big change. 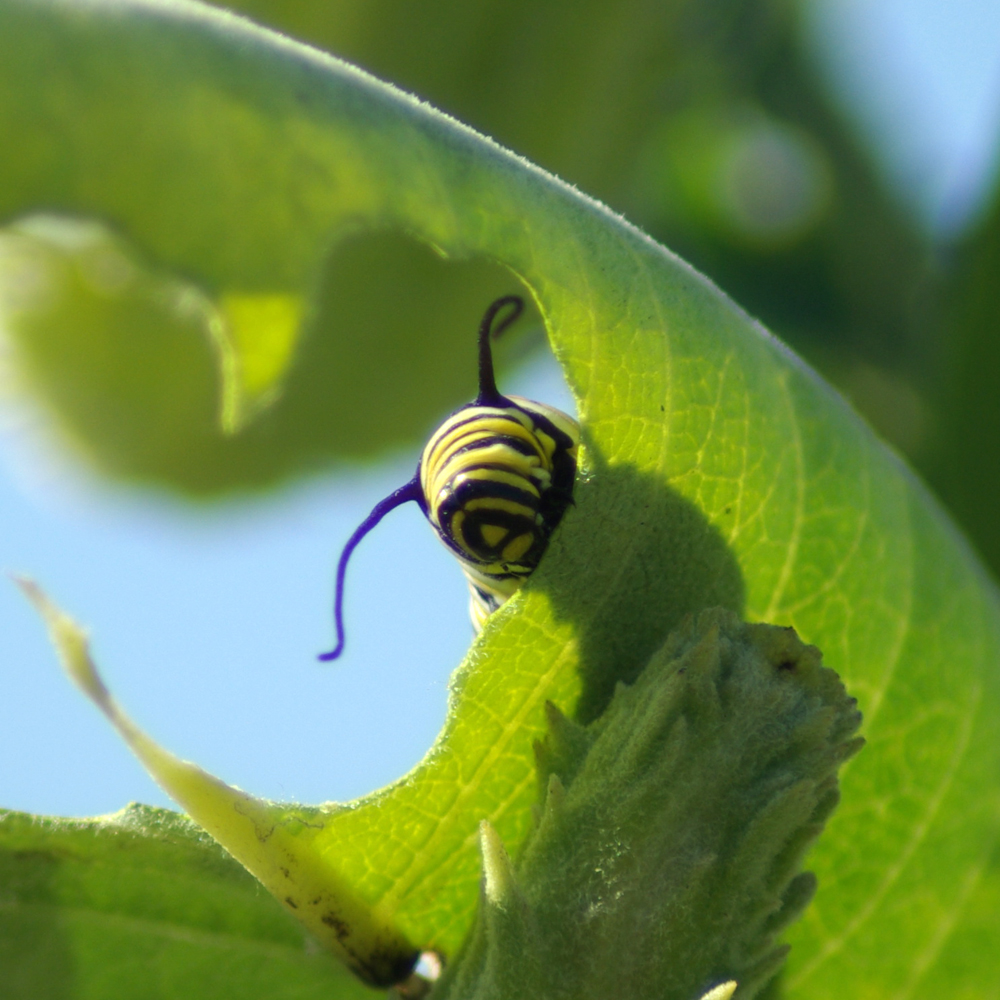 Earlier this summer I photographed a Great Spangled Fritillary on milkweed from along the Panhandle Trail near Oakdale, and in my online photo gallery I’ve got several more photos of butterflies, mostly from my back yard as the visit the native plants.