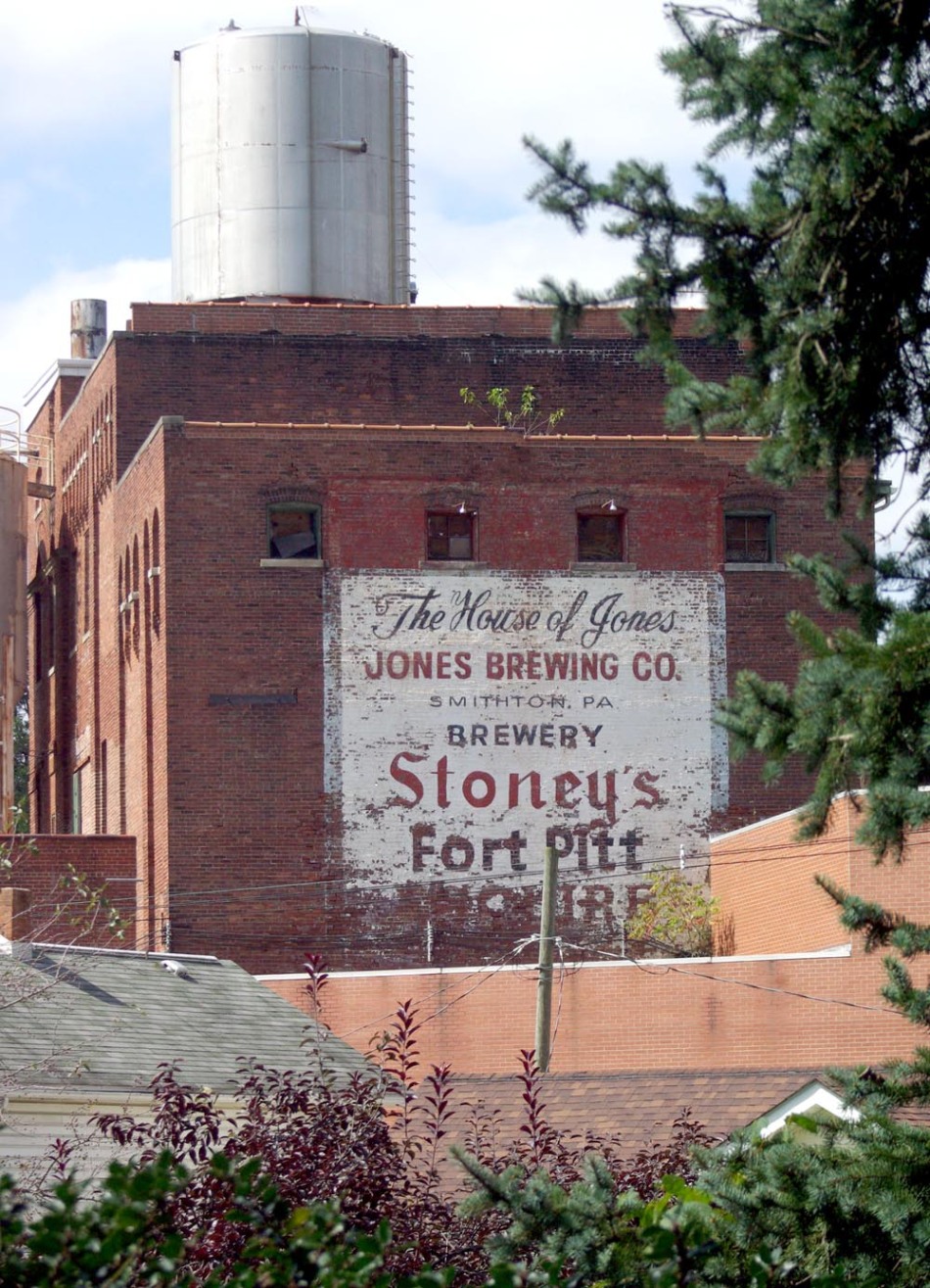 I love commercial signs painted on buildings—it was a sign the business, usually a manufacturer, intended to be in that building for a while.

And this view, backyard, rooftops, manufacturing facility, is so familiar around small western Pennsylvania towns as I’m sure it is in other small towns all over America, to have a manufacturing facility practically in your back yard that at one time employed most of the people in your neighborhood. It was a job to buy a house and raise a family on and be proud to do every day. And for those who wanted more it was a job to work during summers during college.

This brand of beer will also be familiar to anyone from around Western Pennsylvania—we all grew up seeing billboards and hearing commercials for Stoney’s Beer, though I hear it’s got a following in other areas, perhaps for all the Pittsburgh expatriates who emigrated to other cities for employment after the mills closed.

This is also the original Stoney’s plant in Smithton, PA, where the beer was made from 1907 until 2002 when it was moved to a slightly more modern plant in Lawrenceville, in Pittsburgh. It’s now manufactured in the former Latrobe Brewing plant which made my all-time favorite beer, Rolling Rock.

It’s all part of the history of this region with immigrants arriving from all over bringing the talents and trades of their home countries to add to our riches here in this country.