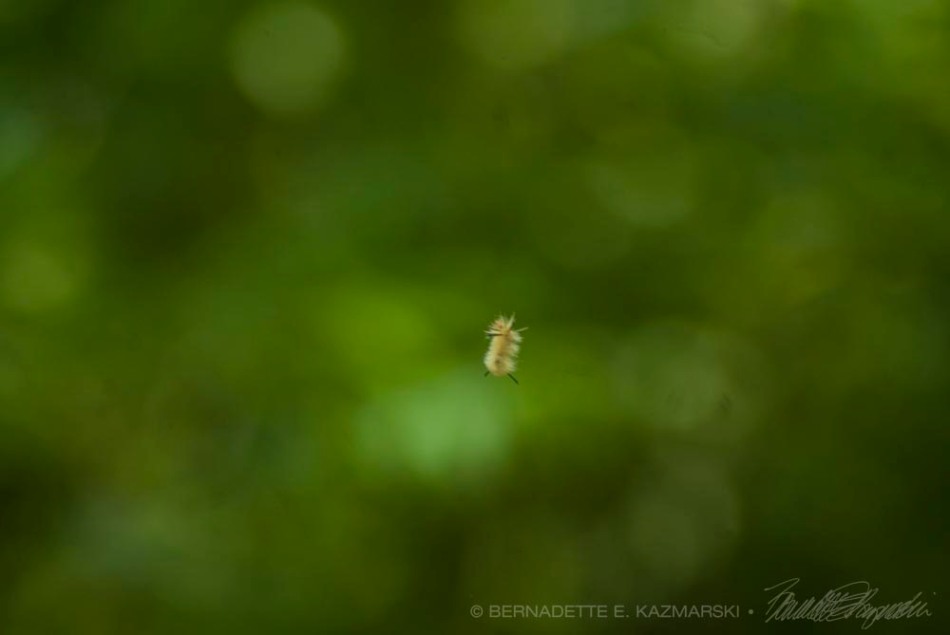 Walking along the trail I spotted something small and yellow hovering in the air at about eye level. I thought it was a small insect hovering or a leaf caught in an unseen spiderweb. Above is what it looked like. Below, on closer inspection, it was a fuzzy yellow caterpillar with long black spikes of fur, or setae, symmetrically protruding along the back as it slowly writhed and twisted and turned. But it wasn’t caught in a spiderweb, it was hanging from its own string of silk, which I could not see from any angle, and slowly, almost imperceptibly, climbing back up toward maple leaves overhead. 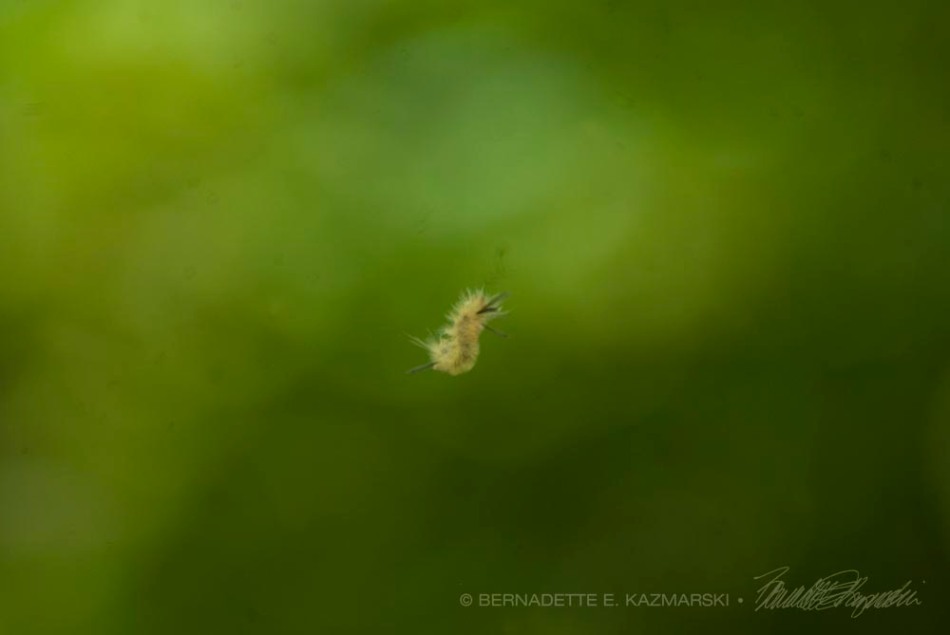 I could not see the silk, but the only other thing handy was the ground below, now at least seven feet below the caterpillar. As it inched upward toward the leaf about nine feet from the ground I thought about how vulnerable it had been hanging there in mid-air, the perfect snack for any one of a number of birds to fly by and end its journey early. Did it not know? Perhaps it instinctively did, but carried on nonetheless. What else would it do, starve to death from fear of being caught?

Finally it was nearly at the leaf. 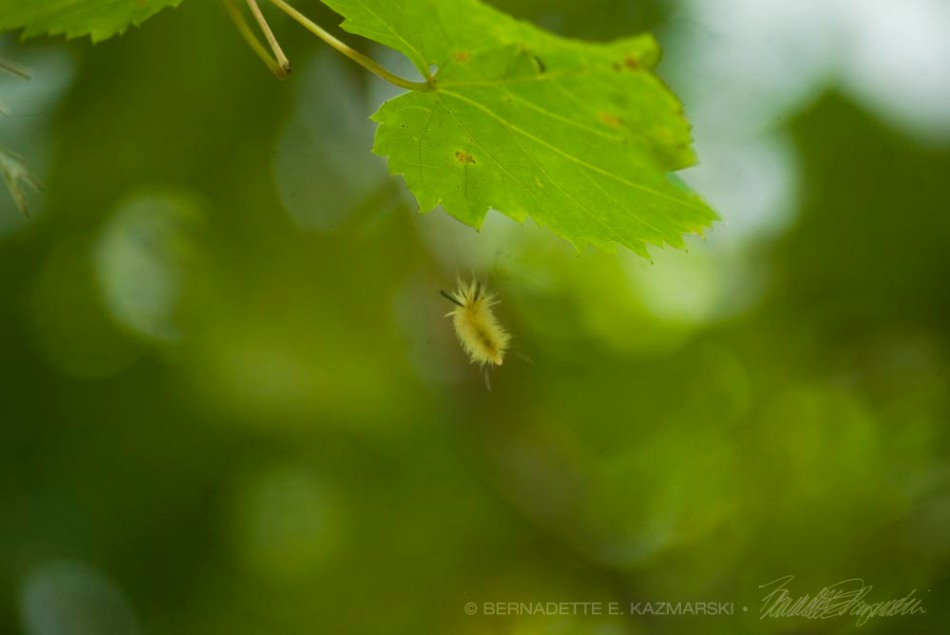 Then it was “on land” as it were, and it walked along the leaf, obviously on some trail known to itself. I looked it up later and found it was a dagger moth caterpillar, Acronicta americana, and discovered that these and other moths spun silk all over the place to create their own personalized caterpillar-ways through the woods. This particular species was common, could be considered a pest, and at this point in its development if handled the hollow setae could break off in your hand and cause a bit of a rash. It would soon, in this region, build a cocoon to winter over, and next spring emerge as a familiar brown moth to flit about the woods, but for now it was gorging its little body on the plenty of autumn. 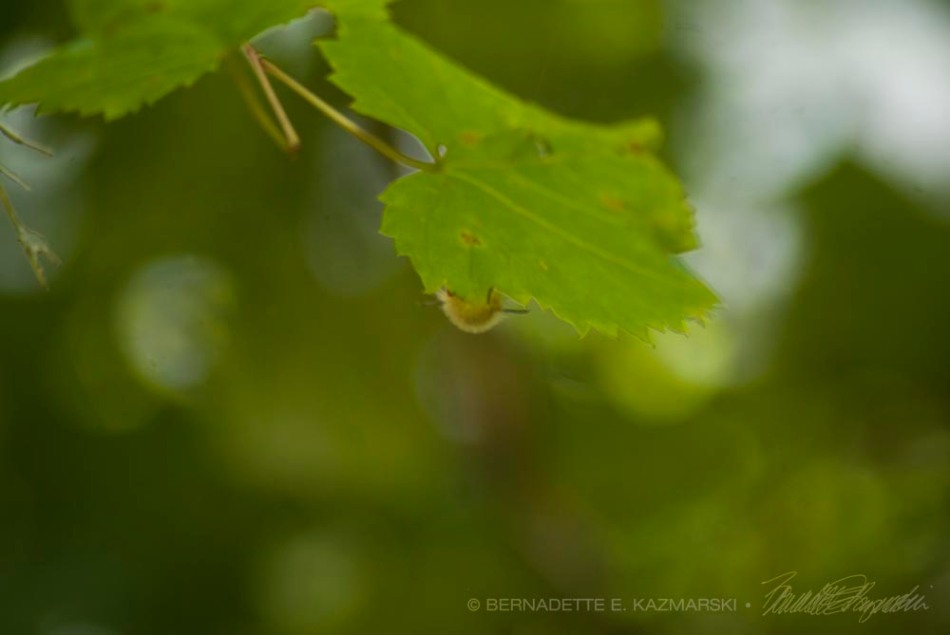 For a little more about the dagger moth caterpillar, read this interesting post.

This entry was posted on September 25, 2014 by Bernadette. It was filed under autumn, insects and was tagged with Acronicta americana, caterpillar, cocoon, dagger moth', nature, nature photography, outdoors, panhandle trail, photography.