A Walk in Autumn

I’ve been experimenting with my smartphone, trying to get the best photos from it, but it’s just not the same as my DSLR and an autumn walk clearly reminds me of that. I went out to a trail today to photograph two dogs who will be subjects of a commissioned pet portrait and we all had a good walk on the trail. I have more photos than I know what to do with, and I think I just like this camera better!

Above is a particularly lovely section of this trail, which had once been a road through a farm, then later paved for traffic, then the entire old farm made into a county park. This road didn’t receive too much vehicular traffic (except by me and a few others who enjoyed it), so at one point it was blocked off and a system of trails using the road, narrowed and repaved, and trails through the woods was set up. The sky in the photo below was not filtered by anything, only on a day with this much color is the sky this intense blue. 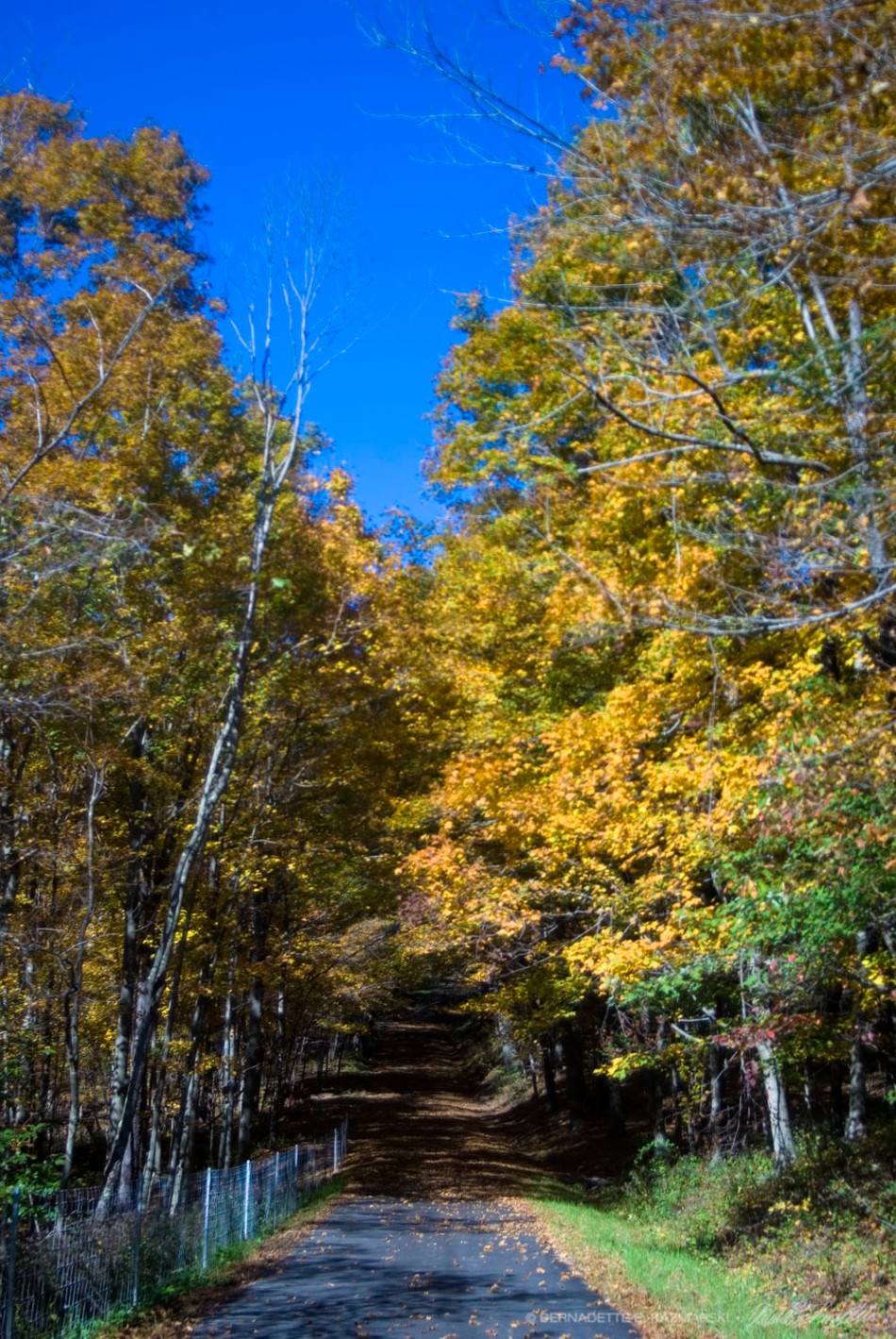 Another section of the trail.

A little stream runs down the ravine and I couldn’t keep from finding the tiny waterfall. When I have more time I’ll work my way down to the stream and take a few other photos.

Sweet little waterfall in the shadows.

Another view of the waterfall, with the light on the stream above it.

The colors of autumn were everywhere, in white and purple asters and yellow goldenrod, red and orange leaves and blue sky. 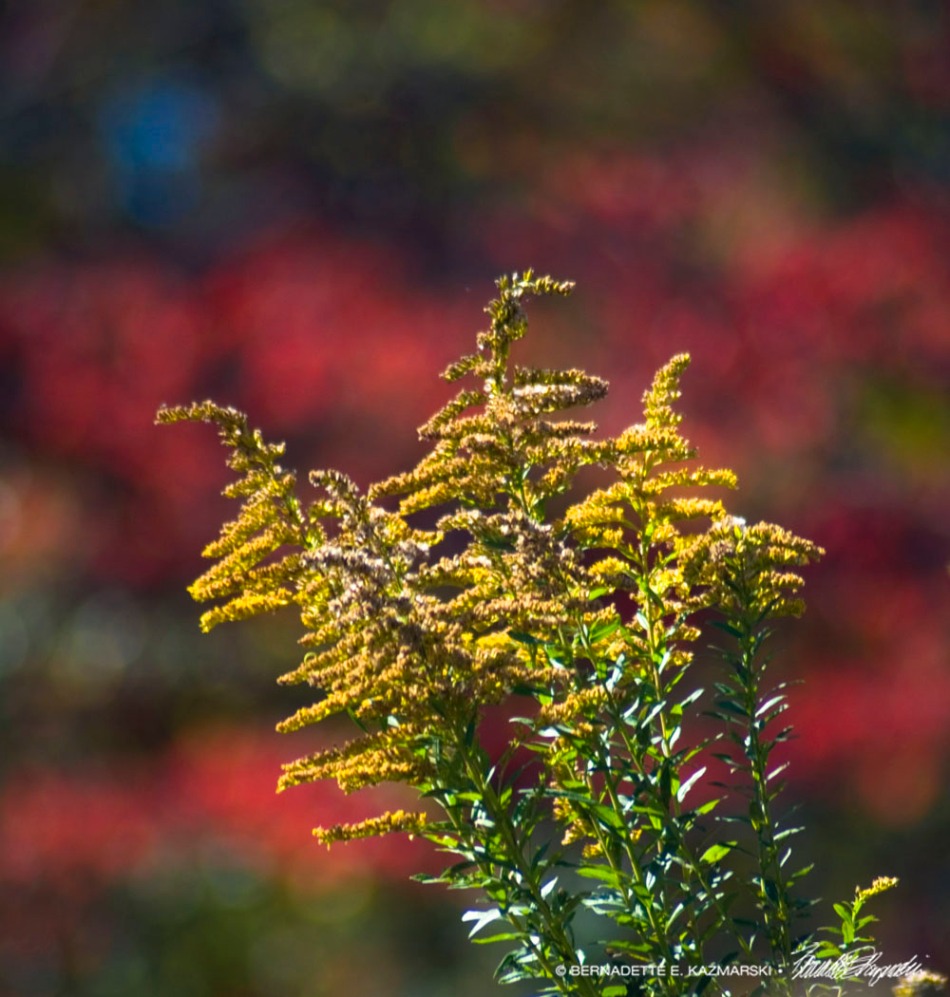 Yellow goldenrod with red and orange leaves and blue sky, what a lovely combination.

Purple asters at the edge of the woods with just a touch of pink smartweed.

Here is my favorite photo of the dogs, Madison and Apollo, though it’s out of focus. Too bad I moved just a tiny bit and the camera refocused on the background instead of Apollo.

My favorite photo, too bad it’s not focused.

Here’s another photo of the two. 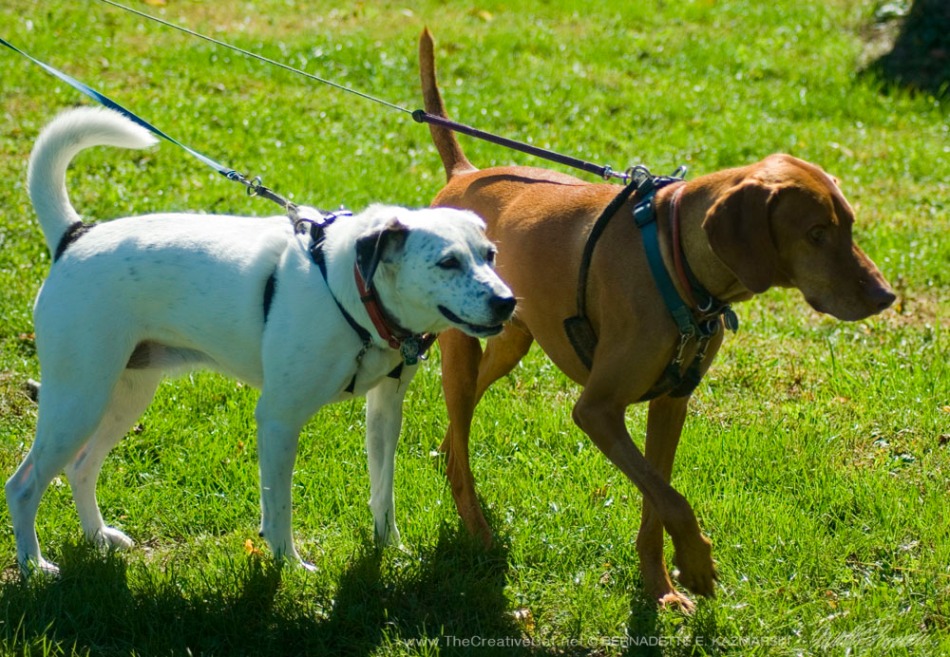 Madison and Apollo were happy no matter what.

Much of what we walked on was waste coal from long ago deep and strip mines.

The landscape is largely heaps of coal from the overburden from strip mining.

The park was established on donated farmland that had been strip mined and the soil had nothing for growing. While Western Pennsylvania is known for its hills, most of these rises and ravines were formed by waste from coal mining, known as overburden, gob piles and a whole lot of other names. Left on its own it will eventually host hardy maples and a few other species that can grow in the acid soil that collects between the pieces of coal, but for the most part nothing else will grow there. But if you know what to look for, you can see by the shape and texture of the landscape, and the lack of undergrowth typical of the woods, what is soil and what is coal waste. 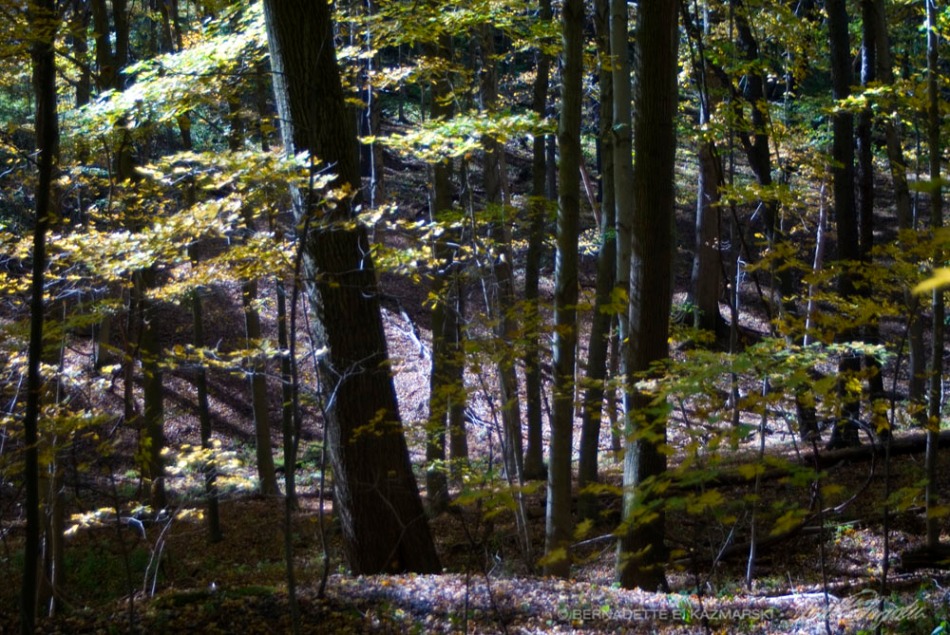 These slopes are made from gob piles, or heaps of coal waste from strip mining.