The Thanks of a Grateful Nation 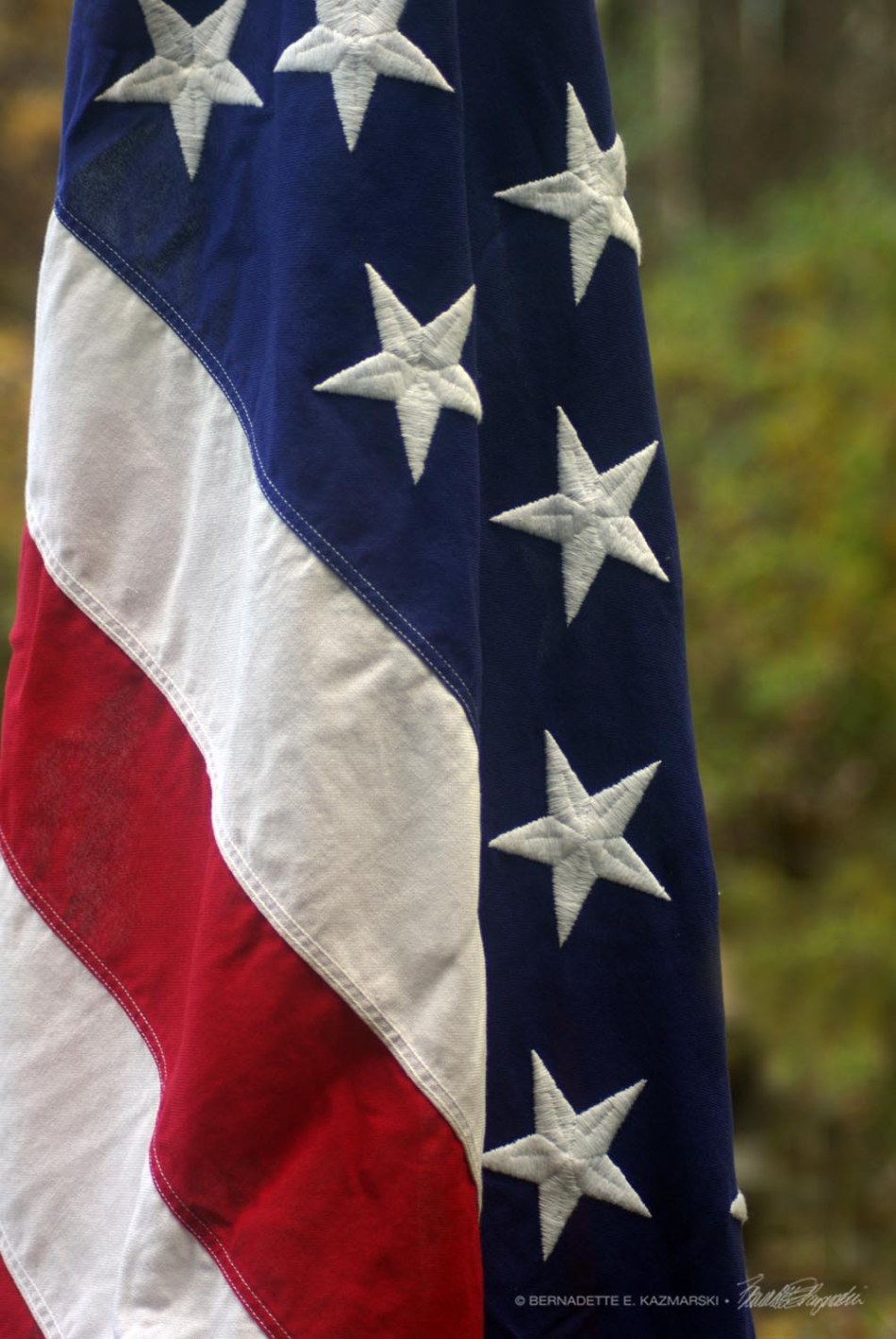 My personal tribute to veterans everywhere, beginning with my father, veteran of WWII.

This is a small portion of the flag I fly on appropriate holidays, and sometimes when I just feel like it. It’s the flag that was presented to my mother at my father’s funeral, he a veteran of the U.S. Army and deserving of the honors at the death of a veteran. He’d been cremated so there was no coffin to drape, no taps or honor guard, just a few of his Army buddies were there but in the end it was the funeral director who handed the folded flag to my mother, not quite protocol, but the recognition was appreciated.

My mother gave the flag to me; she had a nylon flag that had flown over the White House that our congressperson had given her and she found it much easier to raise on the flag pole. I could see why—this flag is about 5′ x 8′ and sewn from heavy cotton bunting, and once when it was caught in a heavy downpour it was so heavy it nearly knocked me down as I pulled it from the pole and tried to pile it in my arms; I don’t think anyone would find it an act of disrespect to have tossed it in the dryer, and it did not shrink one inch.

Extremely well-made, and in the USA no less, the individual strips of fabric that make the stripes are stitched together with flat felled seams that fold in all the edges and stitch two seams across the bulk to ensure strength, and this stitched in the same way to the blue field for the stars. Each star is thickly embroidered onto the blue field, raised above the surface on both sides with the thickness of the threads. The hems, binding and grommets are likewise quality materials and stitching. Of all the other fabric items I handle every day, this flag always feels very different to me as I carefully unfold it and attach it to the special pole I have to ensure it doesn’t touch the ground when hanging. Instead of flapping in the breeze or wind, it waves gracefully as if under its own strength. It has a dignity all its own. I am glad I have this flag and will always take care of it in honor of my father who served in World War II. 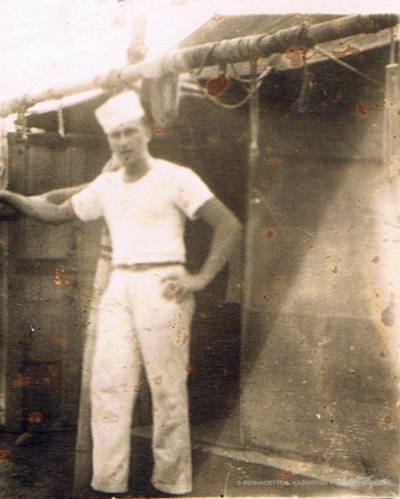 My father in his uniform.

Like so many others in this huge group of baby boomers, my father served in WWII, and like so many who served returned with untold stories and unhealed wounds; it’s actually presumed that the Parkinson’s Disease that shortened his life took hold of him as he fought the fevers of some tropical illness when serving in India.

But because of his service and my mother’s memories, I always felt like WWII was my war too, for better and for worse. But the war was not done when they came home. It changed their lives, and so it changed ours too. At their return, by their industry, the United States was transformed from an impoverished nation of immigrants to a wealthy and productive nation of members who would all win their place at the table, though for some the struggle continues.

And possibly because of the service of my parents’ generation I am a grateful daughter, and I fly my father’s flag with pride, especially on Veteran’s Day.

Friendship Friday on Create With Joy

This entry was posted on November 11, 2015 by Bernadette. It was filed under family, holiday and was tagged with flag, flag at veterans funeral, photography, us army veteran, veteran's day.