What is it About Black Cats and Halloween

Ever wondered why black cats appear with witches and demons and skeletons at Halloween? The reasons are numerous, and when I studied English literature in college the story was that persons who had been cast out by their community for practicing non-Christian beliefs, including traditional healing, literally lived on the edge, in the woods, just like the witches in old fairy tales. And cats, preferring to live in more secluded places like this, tended to stay with these outcasts. Whether cats were considered, in part, evil because of their personality or evil because they tended to hang with suspected evil people isn’t really clear, but cats gained that connotation and were just as persecuted as the humans they accompanied.

But there are other stories, too, and not just about Halloween. I’d like to share with you an e-newsletter from a fellow member of the Cat Writer’s Association and author of 22 books on animal care, Amy D. Shojai. If you look on many books on ntural or standard pet care published by Rodale Press, or collections under the Chicken Soup for the ________ (fill in your favorite) label, you’ll see her name.

Please read through her valuable tips on animal emergencies and keeping animals safe at the holidays as well, then scroll down to the bottom for truly fascinating information: http://community.icontact.com/p/amyshojai/newsletters/petpeeves/posts/pet-peeves-issue-14! Keep those precious companions safe inside and away from the candy!

Dead Celebrities On Your Lawn

Dead Celebrities on your lawn.

I don’t really go for the trend of these inflatables with timers and everything being stuffed into a big clear plastic snow globe, even without snow. I really love homemade, handmade holiday decorations, no matter the holiday, but especially on Halloween. 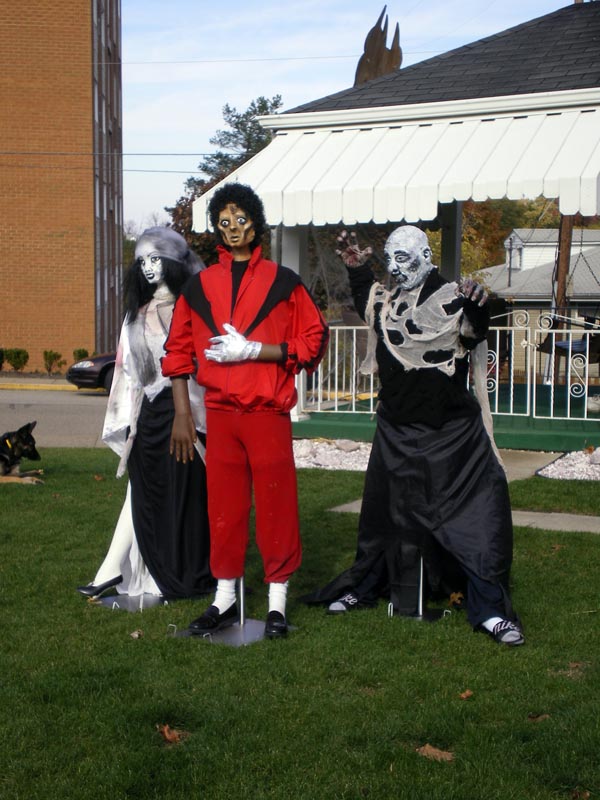 I saw this display first from the back and thought the one figure kind of looked like Michael Jackson. 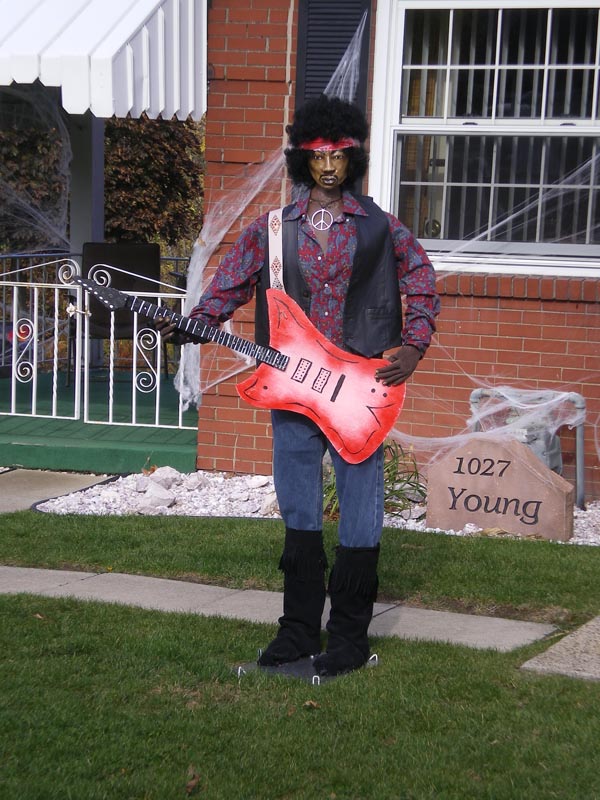 Jimi Hendrix, and she even remembered that he was left-handed.

Then moving farther I saw what had to be Jimi Hendrix and decided to investigate.

Wouldn't you like to have John Lennon sitting outside your door?

…and Marilyn Monroe, and very good likenesses of them, too!

Jolene, the artist, says she is not an artist, she’s a nurse, but her creations are really well done. I’ll bet that artistic tendency helps her make her patients’ days a little brighter, too!

Every year our local Friends of the Panhandle Trail in Walker’s Mill and Rennerdale host a Nightwalk on the trail.

Youth groups carve around 100 pumpkins, which are lined up along the trail and lit with tea lights.

The trail is lit at two entrances for this event, but is dark between. It was a rails-to-trails project and because rail lines tended to run on the outskirts of things it’s far from street lights or any other ambient lights, surrounded by woods. 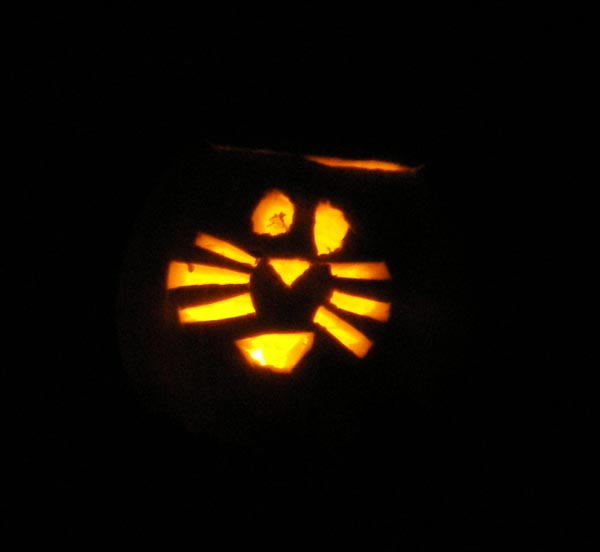 The pumpkins look like shimmering faces in the dense darkness of an October night.

Because the pumpkins are on the ground and I want to get a face-on view, photographing these pumpkins involves either setting my camera on the ground or on a low tripod, then either crouching very low or nearly reclining to frame and focus. Plenty of concerned people stopped to ask if I needed help, lying on the ground like that!

Too bad most of them had burnt out by the time the crowd thinned enough to take photos! I’ve seen some really fantastic glowing faces on the night walk.