Streets of North Side, Pittsburgh 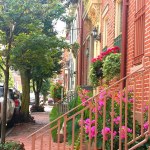 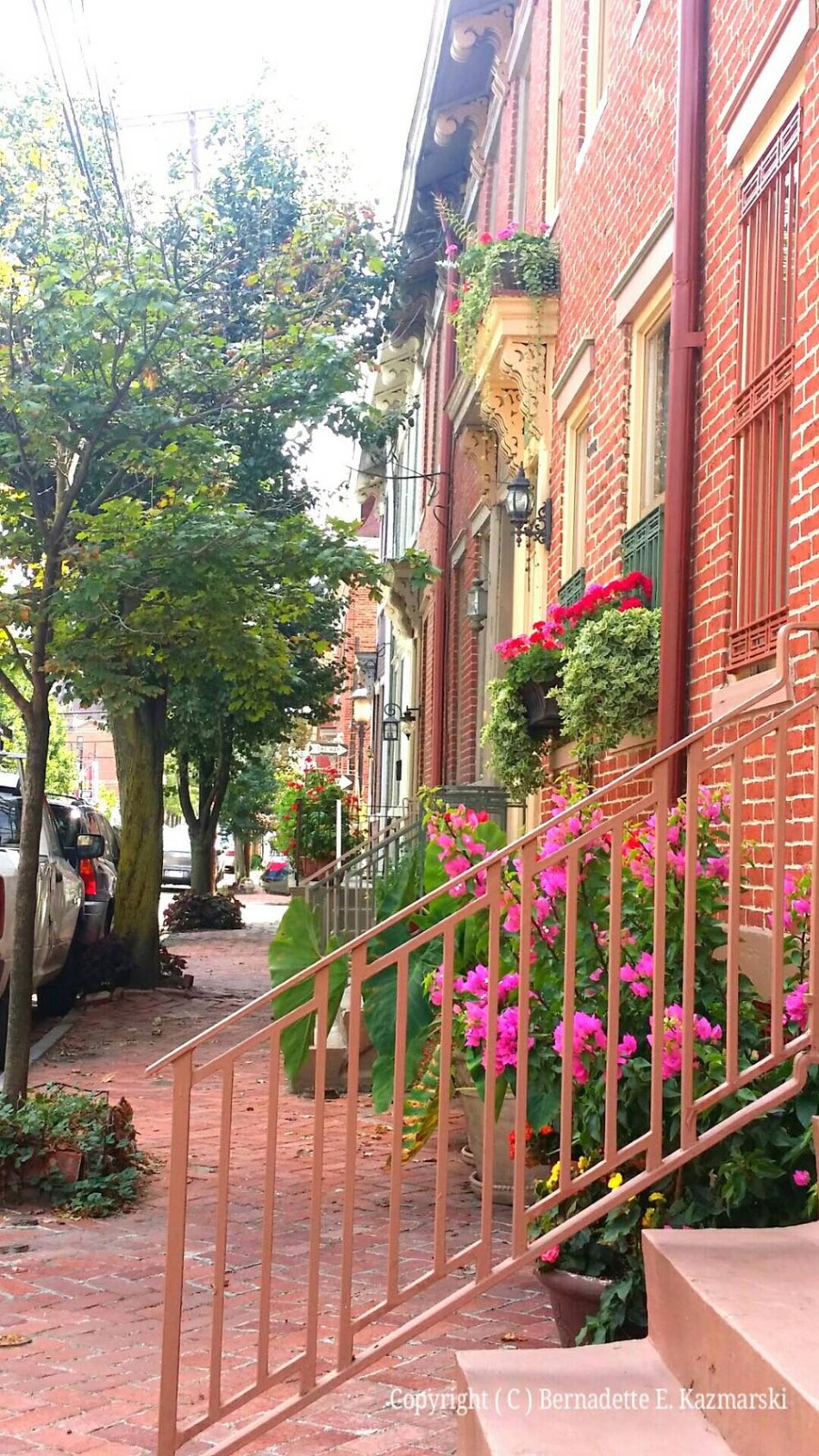 Part of the “Mexican War Streets”, this neighborhood is a Pittsburgh original, once the destination for the city’s most wealthy, then in the way city neighborhoods often decline and rise again, a good bit of it fell to ruins but is now being revived, as the buildings themselves just waited for their time to come around again. 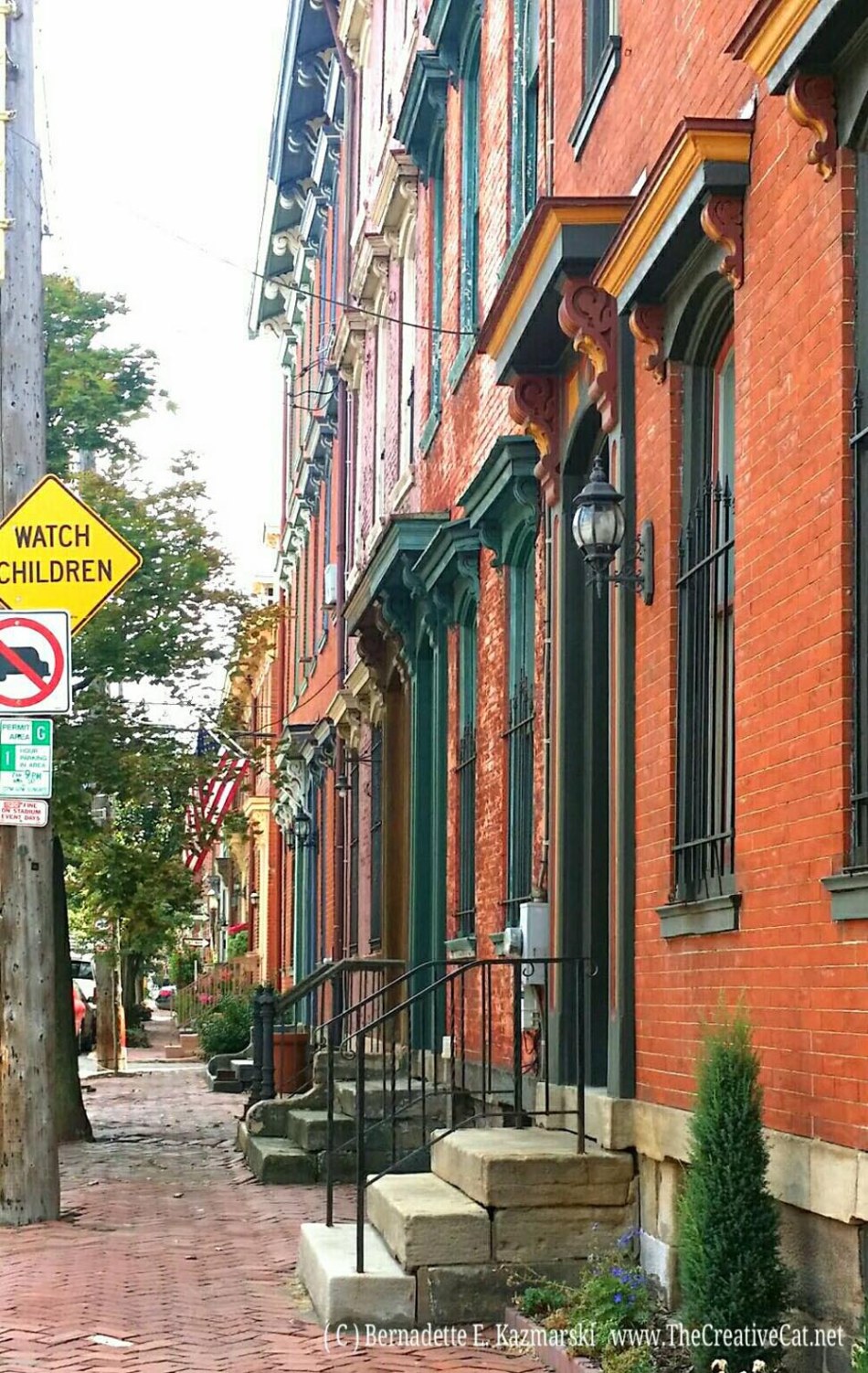 This neighborhood is one of the oldest in Pittsburgh, and was at one time a separate municipality from Pittsburgh named Allegheny, laid out in 1788 and incorporated in 1828, featuring orderly brick streets and a mix of Victorian-era row houses, middle-class family homes and stately mansions softened by street trees.

Originally, lots and homes were awarded to Revolutionary War veterans. As the century wore on, this sophisticated and attractive urban metropolis became the first home to Pittsburgh’s millionaire industrialists. After the Mexican War, General William Robinson subdivided his plot of land and named all the streets after battles in the Mexican War, attracting even more wealthy homeowners; this photo is a section of the Mexican War Streets, sections of which are on the National Record of Historic Places. 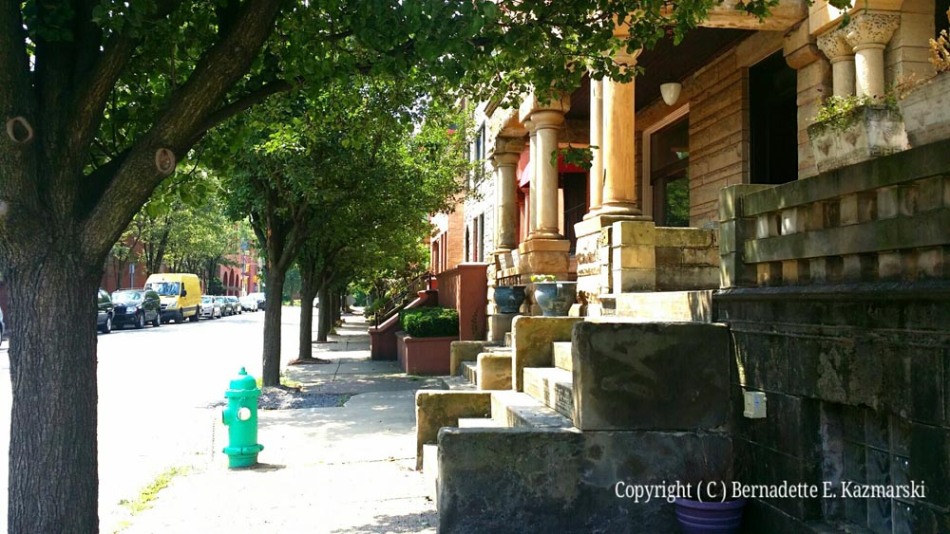 Along with many other industries that found a home along the Allegheny River near the Point in Pittsburgh, the original H. J. Heinz factory built its home in Allegheny and employed generations of people in creating the “Heinz 57” varieties of pickled vegetables, relishes and chutneys, and many other condiments.

And who grew up in Allegheny City, or North Side? Mary Cassatt, Gertrude Stein, Martha Graham, Kate Harrington, George Washington Harris, John Pitcairn and Art Rooney, to name a few. And who else lived there? Mary Roberts Rinehart, Henry Phipps, H.J. Heinz, Andrew Carnegie, Henry O Tanner, Colonel James Anderson, William Thaw, Jr., Lois Weber and William Penn Snyder. And, of course, Andrew Carnegie built a library here. It must have been a hotbed of creative talent in those early days to have nurtured the likes of those people and attracted so many others. And lots of money.

It merged with the City of Pittsburgh in 1907 but maintained its small-town feel until “urban renewal” in the 1960s took out the original town center and replaced it with a mall and hotel, another portion was removed for highways and overpasses, and “old” sections of neighborhoods were removed because they were “old” and replaced with “new” multi-story modern style brick buildings, removing just enough of various neighborhoods to destroy their cohesion. The mansions of Millionaire’s Row on Ridge Avenue were largely incorporated into Community College of Allegheny County.

But you’ve got to call it the “Nor’side” now, even if it is becoming quite gentrified.

You can see more photos of the North Side, or “Allegheny City”, in this archive.