Poem for Sunday: An Old Memory 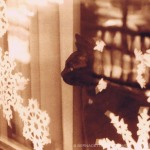 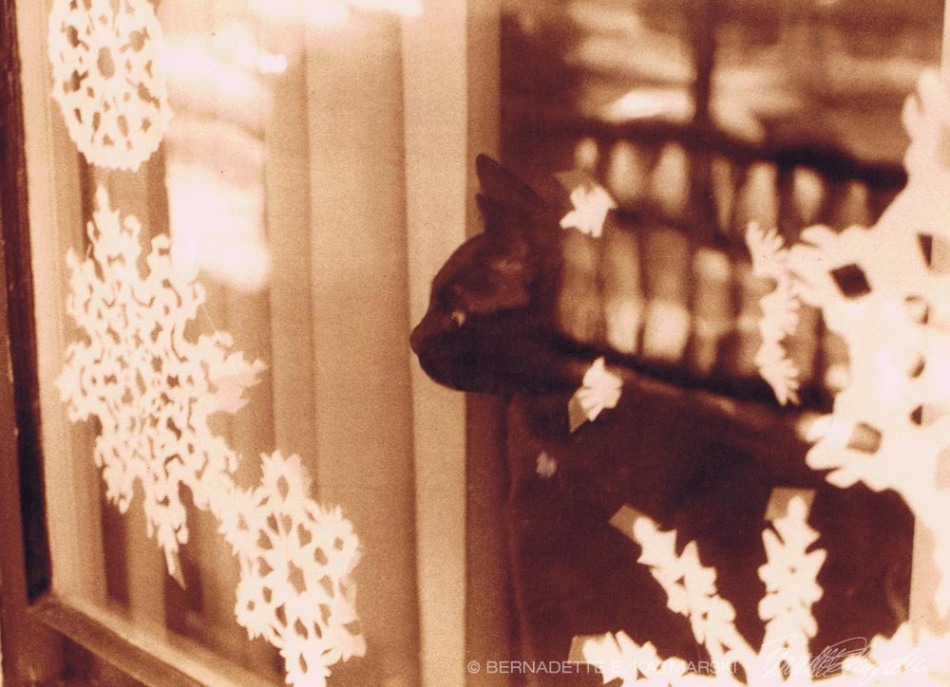 I took the photo in 1983, just a few months after I got my first camera and I was only shooting black and white so I could learn how to use the camera. Even though it was black and white film, it was processed in a one-hour development machine intended for color and the black and white ended up sepia, which I really liked better than when I had it printed in black and white. It always looked like an older image and the sepia really reinforces that; it’s from the same era as “A Sunny Room”, and incidentally, the same cat, Kublai.

The holidays are a time for celebration as well as a time for reflection and remembering.

Cut-paper snowflakes taped
to a wavy glass window reflecting
the big front porch from an apartment I lived in long ago,
and a cat I will always remember from when he and I were very young,
just beginning,
me just getting to know my camera, and my art;
how did I capture a perfectly blended image to reflect those times?

Where to find this image

This was my holiday card from 2009, and I published it for sale in 2010. The message inside reads, “Wishing you wonderful memories this holiday season and new year.” The poem is printed on the back. You can find it in my Etsy shop singly or in a box of a dozen. 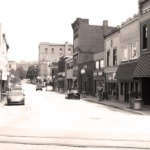 Just another in my series of sun-and-heat-drenched photos of my town done in a sort of vintage look. 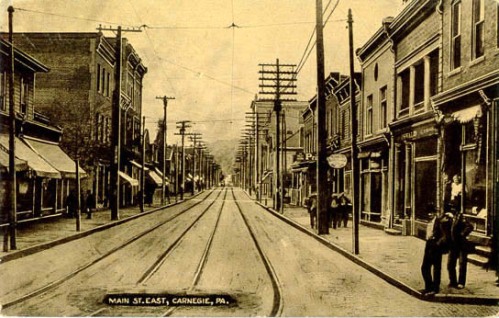 The Penny Post Card, not certain of the year.

I always associate Independence Day with small towns and parks and such. Carnegie’s Main Street looks much as it did when I was growing up, and that much like it did when my parents were growing up.

Below is a “penny post card” of Main Street from an unknown year and a slightly different angle, but you’ll recognize the image. See other photos of Main Street, Carnegie.